The summer fires which burnt out of control throughout the ACT High Country and destroyed so much of the Bega Valley and NSW South Coast prompted Jo to set up her program for the habitat boxes. 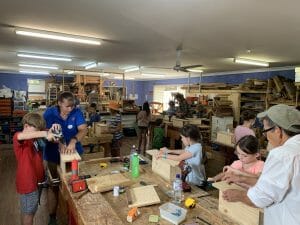 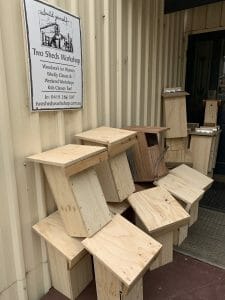 The summer 2020 bushfires in Australia were one of our most destructive seasons ever. Officially referred to as the Black Summer bushfires, the fires destroyed over 5900 buildings and killed at least 34 people. They are also estimated to have caused the death of more than a billion animals. In the wake of the flames there is the task of nursing injured animals back to health and to encourage many species to repopulate.

To assist this cause Jo Saccomani has directed the resources of her woodwork teaching business to doing something very tangible. Her students are building habitat boxes which provide animals with a refuge for nesting and aid the recovery of different species.

A qualified carpenter and joiner, and a licensed builder with over 30 years’ experience, Jo is the principal of the Two Sheds Workshop which she founded in Bega in 2014. The aim of the business is to teach women and children the skills, knowledge and confidence to do wood- work and build things for themselves. For some students this has led to a career in carpentry. The business has been so successful that in 2019 she opened a second workshop in the Canberra suburb of Wanniassa.

The summer fires which burnt out of control throughout the ACT High Country and destroyed so much of the Bega Valley and NSW South Coast prompted Jo to set up her program for the habitat boxes.

According to Jo, ‘We have all been affected by the severe impact the fires have had on the wildlife. The process of learning and using woodwork skills to create the habitat boxes is grounding for people who have been through this traumatic crisis. It helps us to rebuild ourselves and our communities.”

Jo spent time researching what was needed. Two Sheds Workshop has a longstanding partnership with the flora and fauna experts at the Catchment Management Network (CMN) and other specialists such as the local chapter of the National Landcare Program in Bega.

These organisations both advise Two Sheds on what is required, place the completed habitat boxes in the best places to respond to the fire devastation and also monitor the native animal populations.

In earlier collaborations with CMN, Jo’s students have made habitat boxes designed for micro bats, sugar gliders and Crimson Rosellas.

Jo comments, ‘There are many habitat box designs and plans available online. These are publically accessible and devised by experts. I worked to adapt them for people with little to no wood- working skills and set about looking for the materials with which to make them. I opted for painted structural plywood as being the most accessible, long-lasting and easiest material to use as a teaching and learning medium for beginners.’

With the assistance of a GoFundMe page, materials and supplies were funded through the generosity of various businesses, community groups and individuals. Two Sheds Workshop was able to stage free habitat box building sessions in its workshops in January and February in Bega and Canberra, as well as a weekend session in the Victorian town of Mallacoota which had been heavily impacted by the fires.

Jo says, ‘Working with wood is one of the most satisfying disciplines I know, and when you add to it the dimension of being able to make something as worthwhile as a place for an animal to take refuge, there is nothing more rewarding or healing. The workshops have offered a place for participants to work through their experiences and feelings arising from the fires. At Two Sheds we often see how participants connect and share experiences with others while they are learning and building side by side.

The workshops have especially offered children the chance to take a positive and creative approach by making a special place for homeless wildlife to live. Many of the kids add handwritten notes and drawings for the animals who will live in the boxes. It is truly heart-warming.’

In spite of the success of the workshops to date, Jo Saccomani is well aware there is no quick fix to the condition of the bush and the situation of the wildlife whose habitat has been destroyed.

Two Sheds Workshop will continue its free habitat box sessions for women and children who want to donate their time and energy. Of course there is an ongoing need for donated funds to make it possi- ble to purchase the timber and materials required. 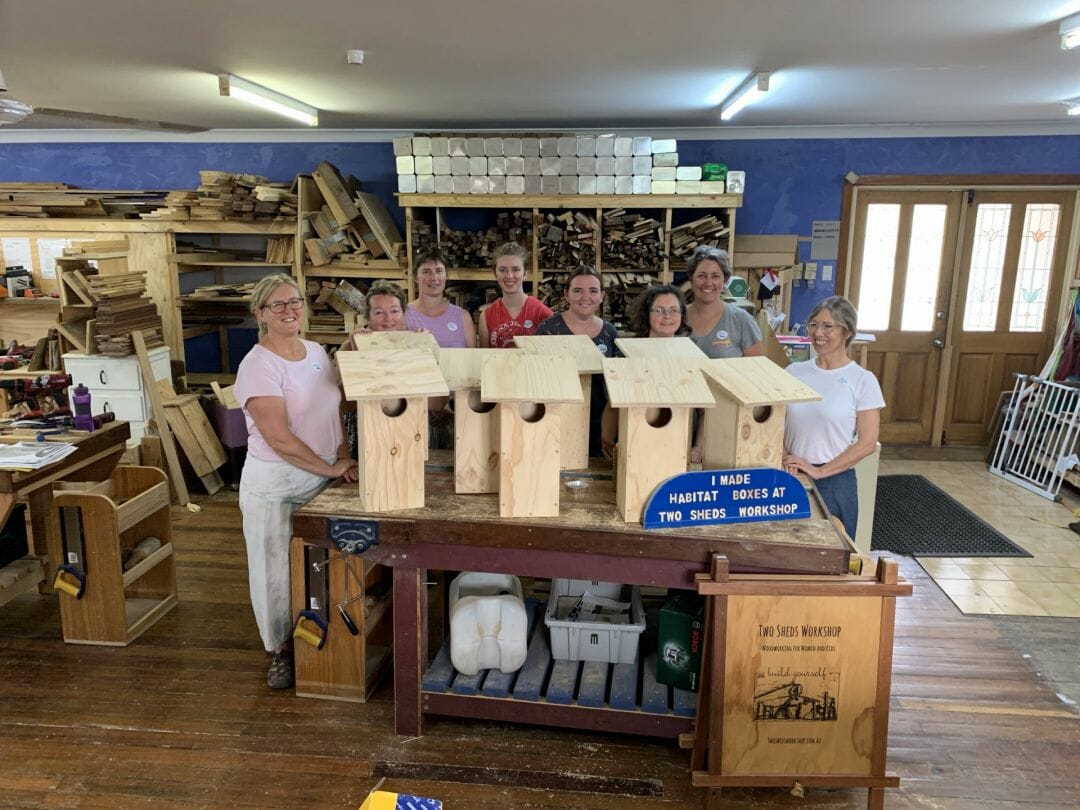